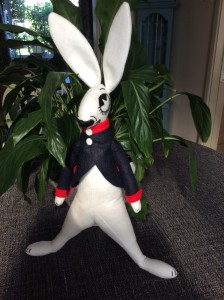 This delightful rabbit is ‘Cuthbert’ lovingly recreated by Linda Sheen and she describes his origins below.

In 1917, a year after the WI was formed the Sussex WI members made several soft toys to compensate for the stoppage of German Toys due to the war, following this, the institute was then asked to make a Cuthbert for the National Economy Exhibition, held at County Hall, Westminster Bridge .  The rabbit was much admired by the Queen and as a result the making of spread, lessons were given and it became that years most wanted Christmas present.

Cuthbert rabbit was from an original sketch by ‘Poy’ of the evening news, he was supposed to represent the slacker who was sheltering in the munition works and government offices, he is supposed to have a most self-satisfied and sanctimonious expression, one might think an odd choice of subject!

Orders were received from large London firms and the making of Cuthbert and friends spread to more and more WI groups.

Sadly the downfall of their success was quality control, no two Cuthbert’s were alike and some were less than acceptable, so the rabbit disappears into history.  Linda. 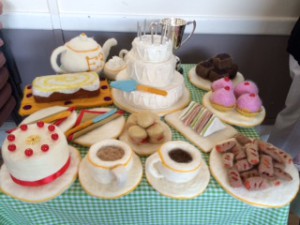 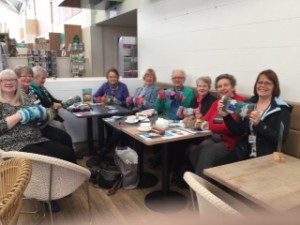 The Needlework group ladies handing over their Twiddlemuff 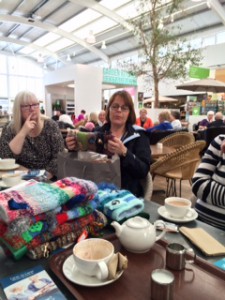 2016 Group Meeting at Tetbury with Kemble & Ewen and Avening institutes. 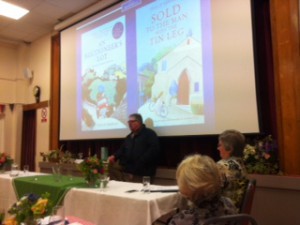 Our speaker for the night Philip Serrell 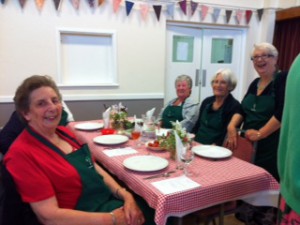 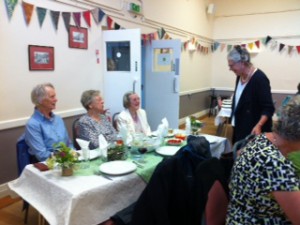 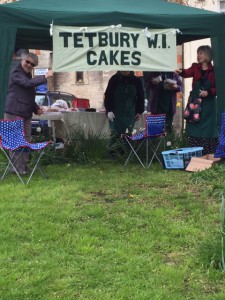 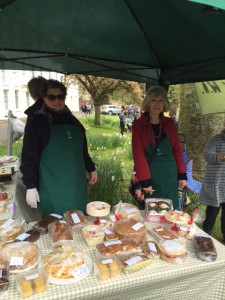